6 Handy Tips To Help You Spend Less Time On Housework 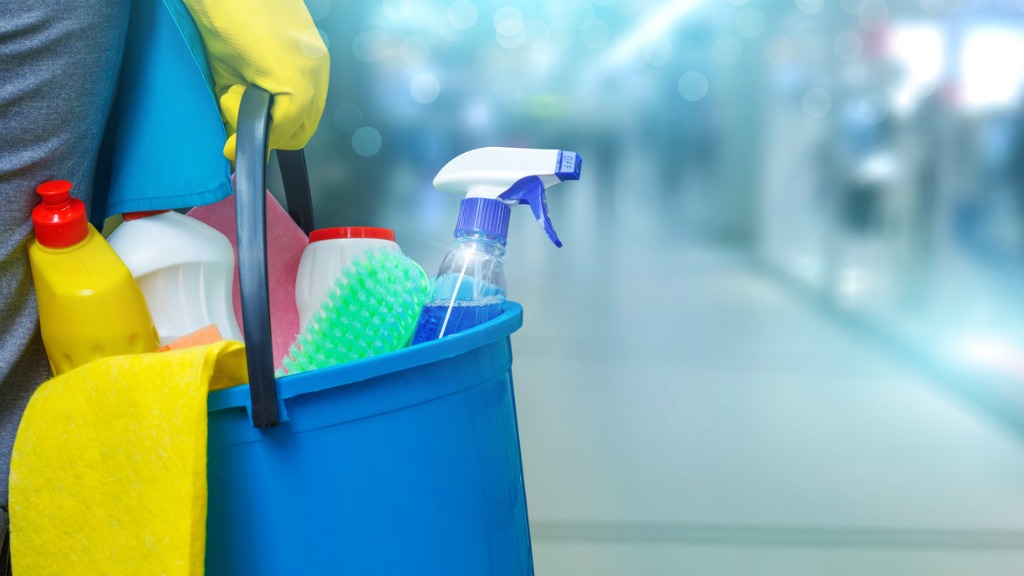 “It’s a rare person among us who looks forward to cleaning the house,” writes Leo Babauta of Zen Habits. “I certainly don’t., but a clean house is something I love perhaps too much.” For most of us, household chores are the sort of thing we just suffer through – we don’t really want to do them, but we know they have to be done. We also waste a great deal more time on them than we have to.

Here are a few time-saving tips that’ll help you reclaim your free time, courtesy of Handy!

A lack of efficiency – either through an eclectic personality, an easily-distracted mind or simple laziness – is one of the primary reasons that cleaning the house can take hours. In all but the most extreme cases, if you spend hours cleaning up a room, you probably weren’t really cleaning the whole time. Instead, you were trying to do about ten different things at once.

Handy Tip: Don’t try to take on more than one chore at a time. Focus on what you’re doing.

Do Away With Procrastination

As far as chores are concerned, procrastination is your worst nightmare. The longer you let a mess pile up, the more difficult it’ll become to clean.  What may once have been a ten-minute weekly job can thus very easily turn into an hours-long slog through filth and trash.

Tone Down The Clutter

Clutter is awful – and the more there is, the less happy you’re going to be with your surroundings. A cluttered room not only has a negative effect on your mental well-being, but it’s also extremely tough to clean. Consider whether or not there’s any junk in your surroundings you can be rid of – then get rid of it.

Handy Tip:  Don’t just keep your surroundings clean – keep them tidy, too. The less clutter you’ve got, the easier it’ll be to keep your home looking spotless. 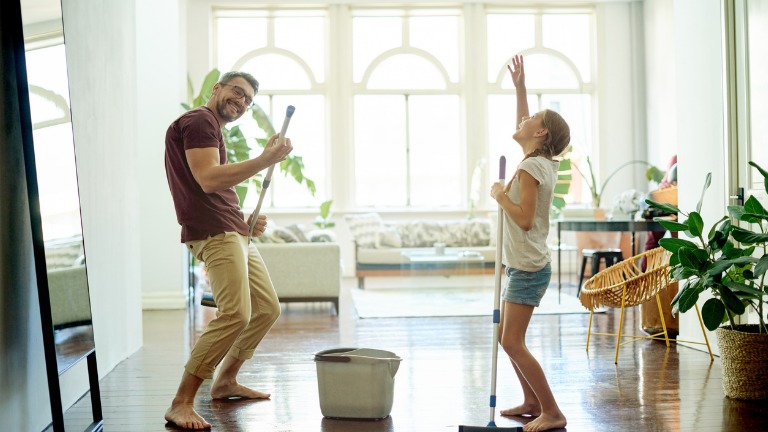 Don’t Try To Do Everything On Your Own

Unless you’re living on your own, housework shouldn’t be a one-person job.  Although we’d strongly advise against micromanagement (seriously. Don’t do it. Just don’t), there’s nothing wrong with asking (or encouraging) your family members or roommates to lend you a hand. After all, they have to live there same as you; you should both be making an effort to keep the place tidy.

Handy Tip: Treat chores as a team effort, not as any one person’s job.

The best way to motivate yourself to keep things clean is to set up a schedule. Have a day and time on which you’ll clean the bathroom, or reorganize your clothes, or vacuum, or go pick up groceries. Don’t deviate from that time unless you absolutely have to.

Handy Tip:  Your schedule doesn’t need to chart out your every waking minute. Just set aside a specific time to do your chores, and you’ll be fine.

Change How You Look At Cleaning

Alright, this last one is admittedly a bit of a crazy statement, but maybe you spend too much time cleaning – and too much time putting it off – because you’ve got the wrong perspective? Why not, as Babauta suggests, try turning it into a meditative exercise? You probably still won’t enjoy doing chores, but at least you’ll feel like you’re doing something else with yourself instead of just sweeping or scrubbing a toilet.

Handy Tip: Try thinking about a creative pursuit while cleaning – writing, art, or music, for example.

It’s extremely rare to meet someone who actually enjoys housework. We’re not even sure such people exist. With that in mind, you want to spend as little time doing it as possible without having to sacrifice the cleanliness of your home. You’ll probably always view chores as general drudgery, but so long as you follow some of the advice laid out here, at least you won’t feel like you’re wasting your life away while you do them.

You could always give Handy a shout. We have a whole team of local professionals ready to get your house looking spotless – and at a rate that won’t break the bank.