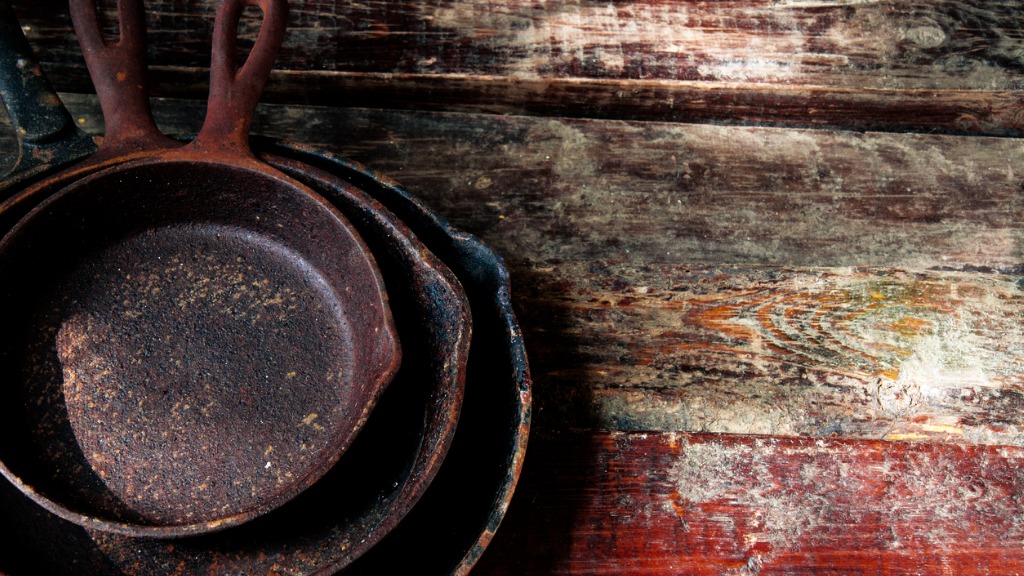 If you have some rusted metal tools like plyers, shovels, etc., don’t go out and buy new ones. The ones you have just need some TLC. And it turns out, you probably already have exactly what you need to make those rusted tools as good as new! Here are four convenient and easy ways on how to remove rust from metal:

Is there anything this stuff can't do? If you're not a regular purchaser of white vinegar, you should be. It has too many handy uses for your household cleaning adventures. In regards to removing rust, white vinegar might be your most accessible and most consistent bet.

Put your rusty metal pliers in a container of white vinegar for a few and easily scrape the deteriorating brown crust away. Your pliers should look like new. If you're trying to remove rust off a larger metal object like a shovel, directly pour over the rusted area with white vinegar, give it an adequate time to set, and scrub the shovel down with a cloth.

If you're not wanting to scrub so much, you can leave your rusty metal object in a regular vinegar solution for 24 hours, and watch the degrading rust merely be wiped away.

Pro-tip: It’s best not to use white-colored rags when dealing with rust. Rust is prone to staying lighter colored textiles.

2. Lime and Salt is an easy trick to remove rust.

No, this is not a margarita recipe. It's a straightforward and convenient way to remove stubborn rust.

Cover the rusted object in salt, squeeze lime juice (the more, the better) over the salt, and let the mixture sit for a few hours before wiping away the rust.

Pro-tip: If you use the rind of the lime, it will wipe away the rust without damaging the metal. It also saves you the trouble of having to clean a stained rag later.

One of the cleaning classics is the water-and-baking-soda paste. Make a thick mixture of baking soda and water, cover the rusted metal thoroughly with the paste and let the solution sit for a few hours. When scraping off the rust, best results have been seen when using an old toothbrush. This is a convenient and cheap way to remove even the most stubborn rust damages.

4. Remove rust with spuds and suds: potatoes and dish soap.

This may sound like a weird one, but it actually works! Cut a potato in half, dip the half in dish soap, place the soap covered in on top of the rusted metal area, and let it stay there for a few hours. The spuds and suds create a chemical reaction with the rust that lifts the brown corrosive gunk to be easily wiped away.

*This may take a few tries to ensure that all rust has been removed, but it’s a very fun and easy way to clean up your tools without dirtying anything.

Follow these convenient and easy steps, and you'll know exactly how to remove even the most stubborn rust spots easily. To read more tips and guides from Handy, click here. Thanks for reading, and happy cleaning!